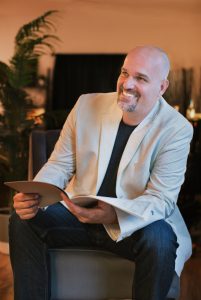 In 2016, Maestro Dollinger was appointed the new Artistic Director & Conductor for the Kamuela Philharmonic Orchestra.  His charisma, energy, technical clarity, deep musical passion continues to inspire musicians and audiences alike across the country.  He continues into his 17th season as the Conductor and Music Director of the Muscatine Symphony Orchestra as well as celebrating his 14th season with the Clinton Symphony Orchestra as their Music Director & Conductor.

Maestro Dollinger has collaborated with various dance companies in standard and non-traditional performances.  He has worked with small, local studios as well as larger regional companies like Peoria Ballet, Gateway Ballet, and the Quad Cities Ballet.  In 2019, he once again joined forces with musicians and dancers from the West Hawaii Dance Theatre in performances of Tchaikovsky’s The Nutcracker.  He has been appointed the Music Director & Conductor for the WHDT ballet orchestra.

Among his many interests, conducting staged performances of opera and musicals remains extra special for him.  He has conducted many staged performances including Die Fledermaus, The Tenderland, Showboat, My Fair Lady, Gianni Schicci, and many more.

Maestro Dollinger  is a frequent conductor and clinician for various youth string festivals, competitions and workshops.  When Mr. Dollinger is on Hawaii Island, he enjoys working with student ensembles as well as speaking to the youngest students about music.  He was the guest conductor for the Illinois Music Educator’s District Festival held on the campus of Western Illinois University in November of 2018 and 2019.  He conducted the IMEA District #3 Festival in 2019 as well.  In March of 2019, he was the featured wind ensemble conductor at the NUIC Music Conference Festival.  During the ’16-17 season, Maestro Dollinger was  the guest conductor at the Iowa Junior Honors Festival held in Ames, Iowa.  He has been invited on numerous occasions to conduct at Illinois Music Educators Association events, including all-day festivals rehearsing, teaching, mentoring and performing with some of the state’s best high school symphonic musicians.  He was conductor of the 2014 Metro Orchestra Festival in Cedar Rapids (IA) and was a guest clinician at the Jefferson Orchestra Invitational in 2016, which was also held in Cedar Rapids.  Mr. Dollinger has been a recurrent guest conductor with the Northwest Indiana Youth Symphony Orchestra.

When on the Big Island, Maestro Dollinger makes it a point to work with young musicians in their school environments.  He has spent countless hours with music students all across the island as well as with young elementary school students.  Mr. Dollinger will be partnering with the Kailua-Kona Public Library and present a wide variety of music sessions with children of all ages.  Be sure to check out their library calendar during KPO concert weeks to catch his fun and engaging presentations. 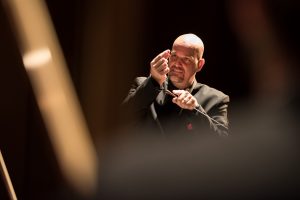 During his studies, he has studied with many prestigious pedagogues.  Larry Rachleff, Adrian Gnam, Leonid Korchmar, Manual Alvarez, and Glenn Block are but a few of his mentors.  Mr. Dollinger has also been awarded a number of academic honors including induction into the Phi Kappa Lamda Honor Society.

Maestro Dollinger has a unique perspective for a symphony orchestra conductor having served in the United States Marine Corps where he was a part of Operations Enduring Freedom and Iraqi Freedom.  During his time in the Marine Corps he also took part in numerous humanitarian joint task force missions to impoverished Central American countries.

For more information about our Maestro, visit his personal web site at:  www.briandollinger.com.

As always, mahalo nui loa to our supporters, concert sponsors, donors, and audience. We at the Kamuela Philharmonic are looking forward to many more years of making wonderful music together!
Purchase now